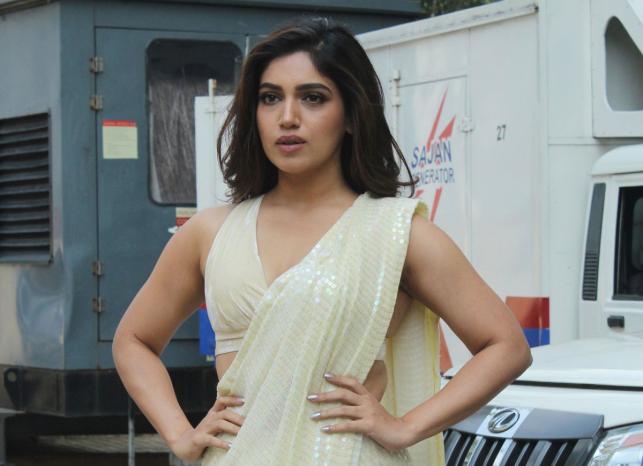 Bollywood actress Bhumi Pednekar says she is glad that she is working in times where similar opportunities have opened up for both male and female actors.

The actress hopes that it spills over into the society.

"Gender parity is one topic that's significant to me. I am glad to be working in times where similar opportunities have opened up for both male and female actors and I hope this spills over to the society as well," Bhumi told IANS on the sidelines of launch of series "MTV Nishedh".

"I am sure this show will help trigger more acceptance towards gender equality," she added while talking about the show, with which she is associated as a cause ambassador.

With stories around social issues such as modern contraception, medical abortion, consent, tuberculosis and nutrition, "MTV Nishedh", produced by Victor Tango, will air on MTV starting on 25 January. The show will also air on Colors Rishtey starting on 1 February.

Talking about another cause which is close to her heart, the actress said: "Belonging to an industry where your physical appearance is always under scrutiny, nutrition is a topic that's closest to my heart. In my journey of transformation, I have benefitted immensely by focusing on nutrition and eating right, in the right away. I am glad that 'MTV Nishedh' deals with nutrition in a significant way. Given the strenuous schedules we work in, it's immensely required that we eat the right mix of food to ensure well being."

Singer Neeti Mohan has also come forward as the cause supporter by rendering her voice for the show anthem "#KhulKeBol".