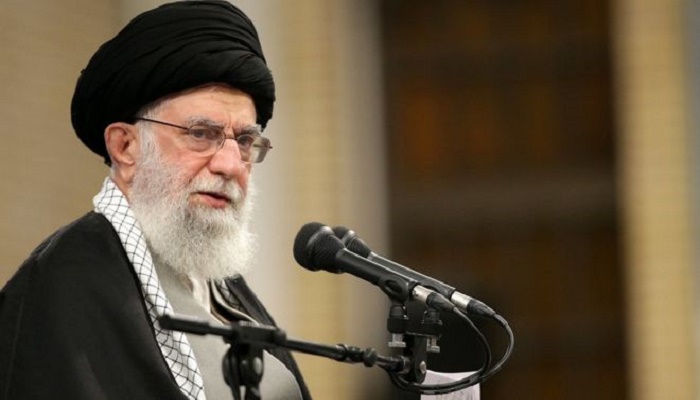 Iran's Supreme Leader Ayatollah Ali Khamenei is to lead Friday prayers in the capital Tehran - the first time he has done so in eight years.

It comes in the wake of widespread angry protests over the Ukrainian passenger plane shot down by Iran's military last week.

But in a rare sign of friction within the Iranian regime, Mr Rouhani called on the military to give a full account of how it shot down the plane.

The Ukraine International Airlines Boeing 737-800, travelling to Kyiv and carrying many passengers on their way to Canada, crashed shortly after taking off from Tehran with the loss all 176 lives on board.

For three days Iranian authorities denied any responsibility but after international pressure, the hardline Revolutionary Guards admitted that the plane had been mistaken for a "cruise missile" during heightened tensions with the US.

Hours before, Iranian missiles had targeted two airbases in Iraq housing US forces.

That rocket attack was in response to a US drone strike in Baghdad that killed senior Iranian general Qasem Soleimani.

The last time Ayatollah Khamenei led Friday prayers in Tehran was in 2012 on the 33rd anniversary of the country's Islamic Revolution.

Leading Friday prayers in the capital is a symbolically significant act usually reserved for times when Iran's highest authority wishes to deliver an important message, says Mehdi Khalaji of The Washington Institute for Near East Policy.