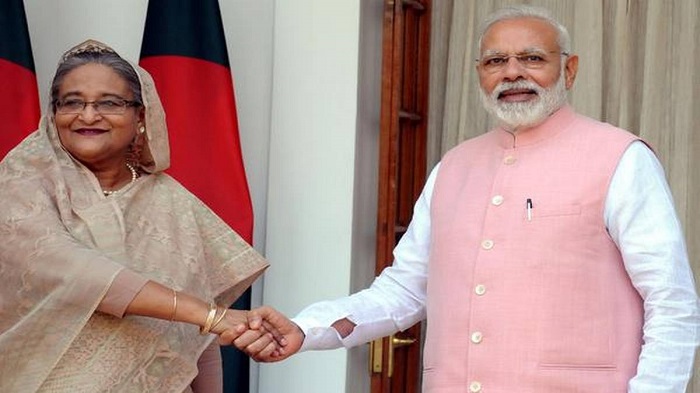 Ministerial level delegates from 12 countries, including Bangladesh Information Minister, called on Prime Minister Modi at his residence on the sidelines of Raisina Dialogue.

Modi welcomed the leaders to India and appreciated their participation at Raisina Dialogue 2020, an event supported by Indian External Affairs Ministry.

The Prime Minister spoke about the large-scale efforts undertaken by the government for rapid and inclusive socio-economic development and highlighted their significance for alleviating major global developmental challenges and attaining Sustainable Development Goals, according to Press Information Bureau of India.

They also witnessed signing of a MoU on the Biopic on Father of the Nation Bangabandhu Sheikh Mujibur Rahman being jointly produced by Bangladesh and India. It will be directed by famous Indian filmmaker Shyam Benegal.

On Thursday Dr Hasan Mahmud visited Ramoji Film City in Hyderabad to see the facilities there as Bangladesh is also developing a film city named after Bangabandhu.

The Information Minister is expected to return home on Friday.