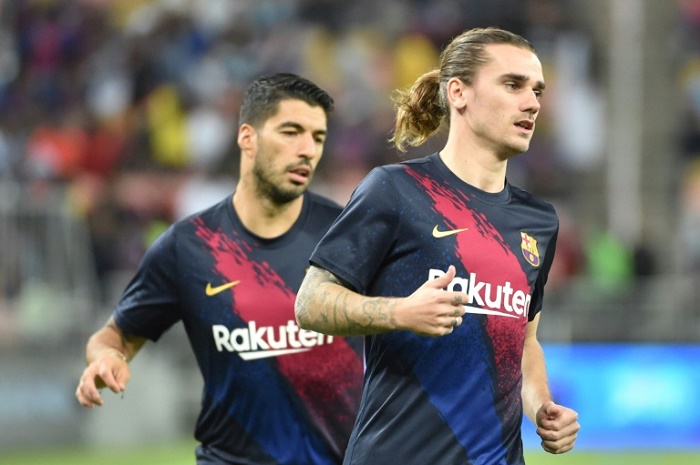 Quique Setien is charged with leading Barcelona to glory on three fronts this season after being appointed as Ernesto Valverde’s successor.

Barca are top of La Liga and into the Champions League last 16, while they begin their tilt at the Copa del Rey against Ibiza next week.

However, club president Josep Maria Bartomeu said on Tuesday that Setien had been brought in to give the team a mid-season boost and there are several improvements to be made.

Here, AFP Sport looks at some of the challenges facing the new Camp Nou coach.

– Tighten up the defence –

Barcelona have already conceded 23 league goals, which is the same record as Real Valladolid in 14th and almost twice as many as both Real and Atletico Madrid.

Their problem has been less about individual mistakes — although there have been a few of those — as a vulnerability to pace on the counter-attack.

Teams have had success hitting Barca on the break and Sergio Busquets has too often been exposed in front of the back four.

With Gerard Pique turning 33 next month and Samuel Umtiti still struggling for fitness, there may be a need for signings in the summer.

In the meantime, Setien, who is not known for his defensive principles, must find a way to tighten the team up.

– Get the best out of Griezmann –

After joining for 120 million euros ($135 million) from Atletico Madrid last summer, expectations for Griezmann were high, especially after the failed pursuit of Neymar.

But the Frenchman has shown only glimpses of his best so far in a Barca shirt, in part because he is yet to be played consistently in his favourite position.

To fit Lionel Messi and Luis Suarez into the front three, Valverde deployed Griezmann on the left and in that way, Setien may have had the problem solved for him.

Suarez’s four-month absence with a knee injury could mean Griezmann finally gets his wish to play down the middle.

– Banish ghosts of Rome and Anfield –

Valverde and his team never seemed fully to recover from dramatic Champions League collapses against Roma and Liverpool in the last two seasons.

At Anfield, Barcelona’s players looked paralysed by the fear of a repeat of what had happened the year before and Pique admitted the memories quickly came rushing back.

Those weaknesses, including a susceptibility to conceding in streaks and a vulnerability under pressure, have often resurfaced this season.

In November, Barca shipped three goals in seven second-half minutes to lose to Levante while the two late goals conceded against Atletico last Thursday proved the final straw for Valverde.

Setien will have to finally cure his players of their mental block.

Setien is a purist and his appointment should come as a relief to those fans, and perhaps players, who had grown tired of stodgy performances under Valverde.

Yet the likes of Messi, Griezmann, Ousmane Dembele, Frenkie de Jong, Arthur Melo and Jordi Alba mean there is still no shortage of creative talent in the squad and Setien should enjoy matching them with his own attacking beliefs.

“Players enjoy football much more with the ball at their feet than running after it,” he said last year, which should be music to the ears of Barca’s players.

– Give youngsters a chance –

Setien has a reputation for giving youngsters an opportunity and he will be reunited with Junior Firpo, whom Barca bought after Setien helped him flourish at Betis.

But Firpo struggled for opportunities under Valverde, who seemed reluctant to give some of La Masia’s talents any consistent minutes in the first team.

Ansu Fati has faded from view after exploding onto the scene at the start of the season while Riqui Puig’s progress has stalled and Carles Alena and Juan Miranda have been sent out on loan.

Making the first team at Barcelona is a formidable task but the potential would appear to be there in the academy, if Setien is brave enough to find it.