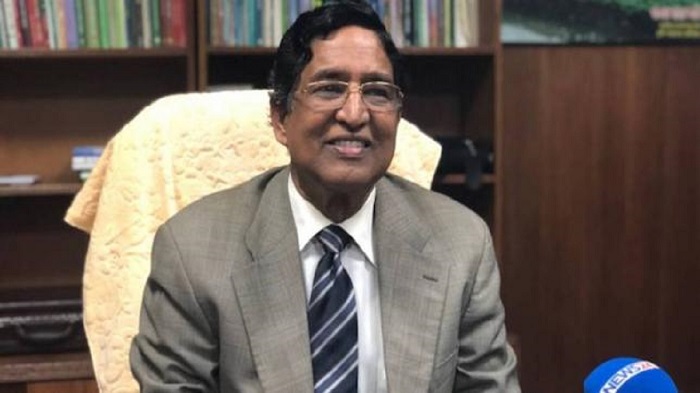 “All irregularities will come to an end if good governance can be established,” he told Parliament on Tuesday.

The minister made the statement while responding to a supplementary question in absence of Railways Minister Nurul Islam Sujan from BNP MP Rumin Farhana in the House.

Making a pointed reference, Dr Razzaque said his driver informed him that there was no ticket at the counter but he found seats vacant in the train he travelled from his district town.

The minister welcomed the proposal saying, “It’s a beautiful proposal. I also thought about it …I’ll place it at cabinet meeting.”

He urged the BNP MPs to come up with such good proposals in Parliament from which the nation could be benefitted. “Your popularity will also increase.”

Replying to a written question from M Mozaffar Hossain elected from Jamalpur-5 constituency, Railways Minister Nurul Islam Sujan said the amount of Railway land in 1972 was 60,405.85 acres and now it has 58,606.57 acres under its possession.

He mentioned Bangladesh Railways earned Tk 459.34 crore in the 2018-19 fiscal by leasing out its lands.

The minister said the outstanding amount of Bangladesh Railways from different organizations and lease takers is Tk 124.43 crore.

While answering to a question from Gloria Jharna, an MP from reserved women seat, the Railways Minister said 21 people died and 141 got injured in various train accidents in 2019.

Responding to Shamsun Nahar, another MP from reserved women seat, he said some 1048 accidents occurred in the railways from 2008 to 2019, leaving 59 people dead and 433 injured.