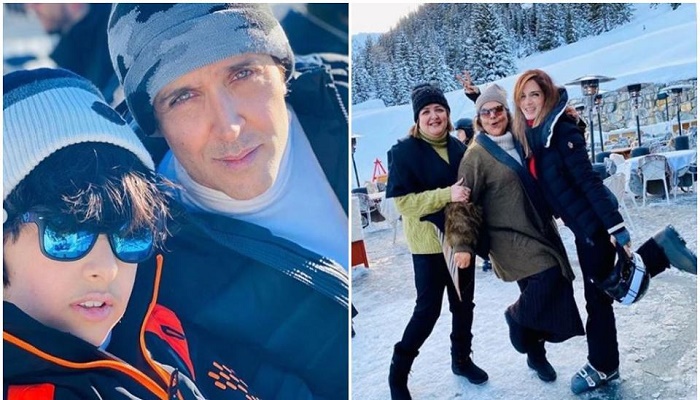 Many Bollywood stars including the likes of Kareena Kapoor Khan, Varun Dhawan, Malaika Arora, Jacqueline Fernandez jetted off to exotic locations to ring in the New Year.

Sussanne has shared a bunch of pictures from their French holiday.

The pictures show Hrithik, Sussanne, their two boys Hridhaan and Hrehaan, Hrithik’s parents Rakesh and Pinkie Roshan, Hrithik’s musician uncle Rajesh and his sister Sunaina playing in the snow or simply posing for the camera. There are other family members, identified in a Times of India report, as Pashmina and Eshaan Roshan, children of Rajesh Roshan.

Hrithik had a wonderful year in 2019. He saw the release of two very different films - Super 30 and later War.