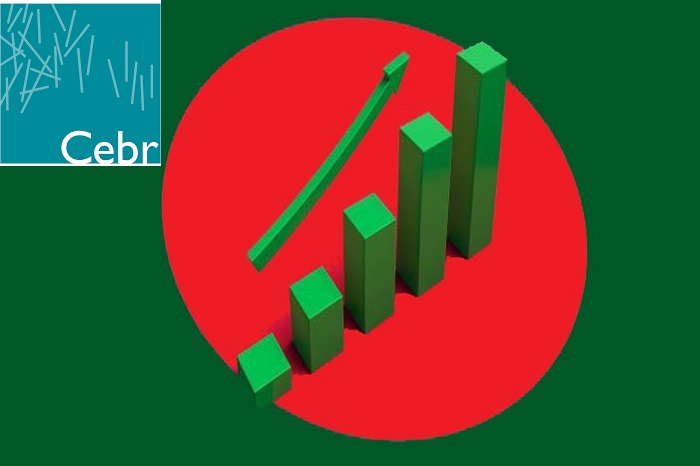 Bangladesh’s economy will surpass that of Malaysia, Hong Kong and Singapore with its presence as the 30th largest economy in the world by 2024, says a global report released by the Centre for Economics and Business Research (Cebr).

The world economic league table with forecasts for 193 countries to 2034 was published recently.

With a PPP adjusted GDP per capita of $5,028 in 2019, Bangladesh is a lower middle-income country, Cebr says.

Bangladesh’s economy performed well last year, recording a 7.8 percent growth, according to the report. The country recorded 7.9 percent growth in 2018.

The population increased at a rate of 1 percent per year since 2014. This has meant that per capita incomes have grown considerably in recent years. The government debt as a share of GDP rose to 34.6 percent last year. This is up from 34 percent in 2018.

Despite this increase, the public sector finances remain in good shape. The relatively low debt burden has provided the government with the fiscal headroom to operate a budget deficit of 4.8 percent in 2019.

The annual rate of GDP growth is forecast to slow to an average of 7.3 percent between 2020 and 2025, according to the report.

Over the subsequent nine years, Cebr forecasts that the economy will remain at this impressive rate, which will see Bangladesh climb from 40th place in the World Economic League Table in 2020 to 25th place by 2034.

In addition, this demography means that the population is likely to age substantially as well. India’s population is expected to overtake China’s in 2027, according to the UN.