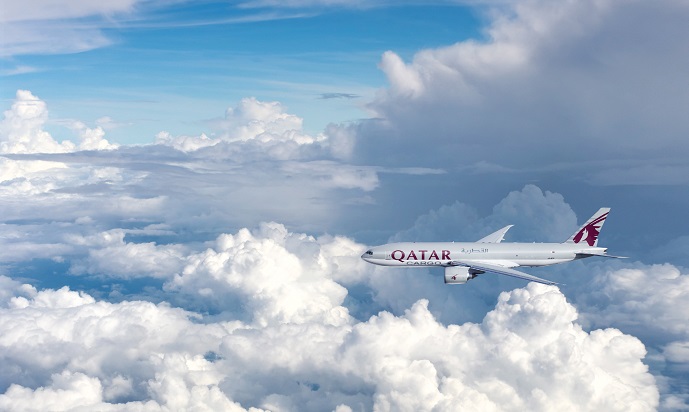 Mr. Guillaume Halleux, Chief Officer Cargo said: “We are delighted to launch the second freighter from Dhaka to Europe. The readymade garment (RMG) industry is a major contributor to the economy of Bangladesh and Europe is one of its largest customers. Through the introduction of the direct freighter service, RMG manufacturers in Bangladesh can export their products directly and quickly to Europe with Qatar Airways Cargo.”

Bangladesh is the world’s second largest apparel exporter after China with the apparel sector contributing 85 percent to the export earnings followed by handicrafts and perishables while imports consist mainly of capital goods and perishables. The cargo carrier offers belly-hold cargo capacity on the three times daily wide-body passenger flights and main deck cargo capacity on the seven times weekly Boeing 777 freighters from Dhaka, including the two direct Dhaka to Europe freighters. The total combined cargo capacity offered every week is over 800 tonnes each way.

The cargo carrier has an export market share of over 20 percent in Bangladesh. It will soon be introducing its fourth belly-hold cargo flight, starting 15 February 2020, adding an additional 20 tonnes of cargo capacity. In addition to the huge cargo capacity, the fourth belly-hold flight will also benefit passengers travelling to and from Dhaka as it offers passengers with an additional frequency to the country.