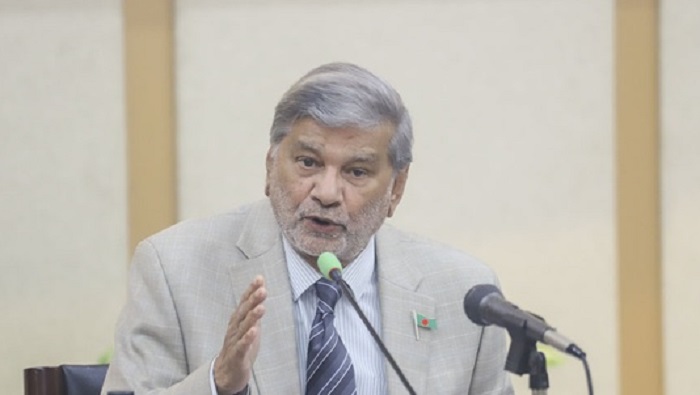 Planning Minister MA Mannan on Monday said Bangladesh is trying to come out of the cycle of debt caused by loans from foreign entities, particularly the World Bank (WB).

"When we take loan from WB, the country's people think we are nothing and WB is the owner of the world - that's not true. We want to exit from such alms," Mannan said while addressing a seminar.

Credit and Development Forum (CDF) organised the event titled "Impact Assessment of Financial Inclusion through MFIs in Bangladesh and an Assessment of the Credit Programme for Sharecroppers implemented by BRAC under refinancing scheme of Bangladesh Bank" at a city hotel.

Mannan said income disparity between rich and poor has jumped very high in the country.

"The gap between lower- and higher-income level people jumped vastly but the pain of hunger has been reduced in the bottom level," the planning minister also said.

Quoting Prime Minister Sheikh Hasina, Mannan said a science and technology university is being built at Sunamganj district, home to a number of haors where inhabitants are deprived of many facilities.

The planning minister also said the government’s program of subsidising “seeds, fertilizer, pesticide and other management” made it a participant in farmers’ output.

He said financial inclusion is important for sustainable development.

"We need to expand our services to widen the country's development," he added.