Relatives of Khaleda meet her after one month 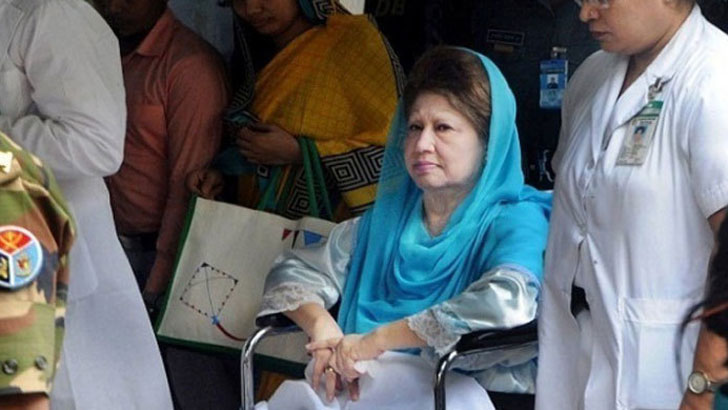 The family members of BNP Chairperson Khaleda Zia, now undergoing treatment at Bangabandhu Sheikh Mujib Medical University (BSMMU), have got permission from the authorities concerned to meet her (Khaleda Zia).

The relatives of the former prime minister are supposed to meet Khaleda today.

Shamsuddin Didar, member of the media wing of BNP Chairperson, confirmed it to media.

The relatives are getting chances to meet the BNP chairperson after one month and four days. But the relatives have the option to meet Khaleda twice a month as per jail code.

Mentionable, the relatives lastly got permission to meet Khaleda Zia on November 13.