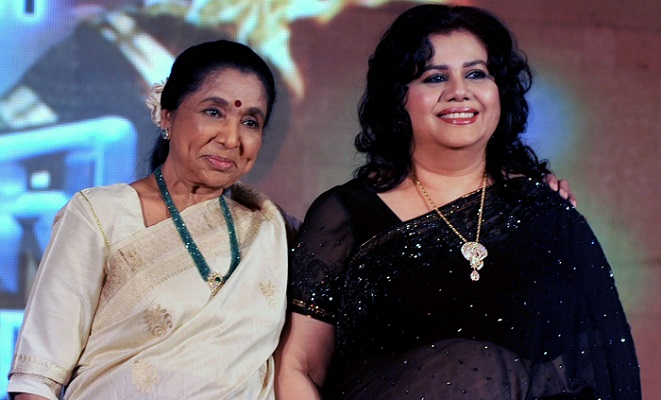 Runa Laila, one of the most celebrated and legendary singers of the subcontinent has presented herself as a music composer and captivated her fans with the collaboration of internationally renowned artists.

The most popular singer who had been amused music lovers of the country and abroad with her mind blowing performances for the last 55 years, recently released five songs of her new project as a music composer. Legendary Indian singer Asha Bhosle, Hariharan, Rahat Fateh Ali Khan and Adnan Sami lent their voice on Runa Laila’s compositions.

On Friday, the song ‘Chole Jawa Dheogulo ar Phire Asheni’ was the latest release of her composition.  Asha Bhosle lent her voice to the song.

It is one of the songs from the album ‘Runa featuring Legends Forever’.

The song ‘Chole Jawa Dheogulo ar Phire Asheni’ was released at a gala event in the capital’s Radisson Blu Water Garden at this evening. Presented by City Bank, the song will be published on their YouTube channel.

The song has been written by Kabir Bakul while Raja Kaasheff has arranged the music.  Nazia Haque Orsha will be seen in the music video of the song.

The rest of the songs of ‘Runa featuring Legends Forever’ will be released by December 19.

The renowned Indian musician Hariharan graced the launching ceremony. In an exclusive interview with Rafi Hossain, Runa Laila opens up about her new project.

About her new venture, Runa Laila said “I have completed over fifty years in the music industry. I am really blessed that I am still singing. I am grateful to have the National Film Awards for my debut film as a music composer. I never thought I will be as successful as a composer.”

“I really honoured to have Asha ji (Asha Bhosle) in my album. Thanks to everyone who have involved in this project,” she added.

In the album, Kabir Bakul wrote three songs while Maniruzzaman Monir penned the lyrics of two songs. Raja Kashef has arranged the music of the album.