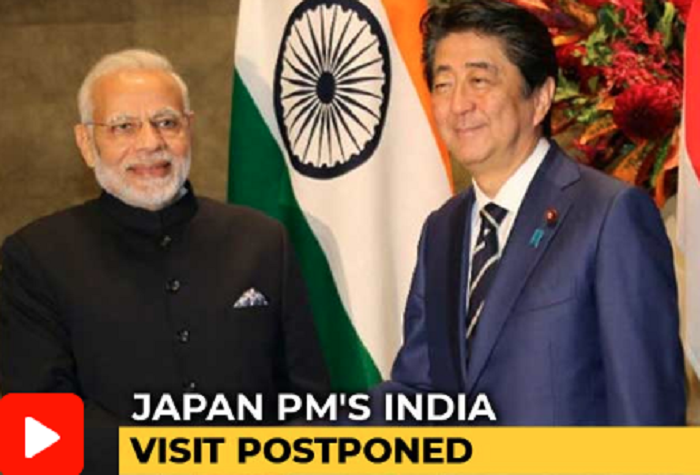 Japanese Prime Minister Shinzo Abe's visit to India, which was scheduled to be held in Guwahati next week, has been postponed amid violent protests in the northeast over the Citizenship (Amendment) Act. "Both sides have decided to defer the visit to a mutually convenient date in the near future," foreign ministry spokesperson Raveesh Kumar tweeted.

On Thursday, Bangladesh Foreign Minister AK Abdul Momen and the country's Home Minister called off their visits to India in the midst of the agitations in the northeast.

The talks between Modi and Abe was due to take place from December 15 to 17. A Japanese media report had said he may consider canceling the visit amid violent protests. On Wednesday, protesters pulled down hoardings erected in central Guwahati to welcome Abe.

Bangladesh Home Minister Asaduzzaman Khan, who cancelled his visit, was scheduled to visit Meghalaya for an event today.

Guwahati, the planned venue for the three-day summit between Abe and PM Modi, has been engulfed in violent protests over the Citizenship (Amendment) Act.

Japan's Jiji Press had reported that Abe is considering cancelling his trip to India scheduled to begin on Sunday.