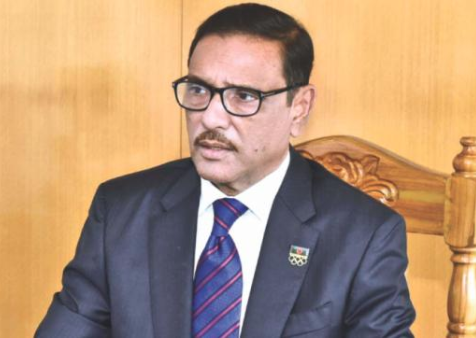 Road Transport and Bridges Minister Obaidul Quader called upon all concerned for bringing pace in re-construction
works of roads saying all construction and renovation works should be completed within the stipulated time.

“The standard and stipulated time of road reconstruction will not be compromised,” he said while addressing a digital health card distribution ceremony among the drivers as the chief guest at the circuit house here.

Mentioning that the work of Taka 471 crore which is currently underway for road development in Khulna region, the minister said bringing safety on roads is a major challenge in present time and the government is working with
utmost sincerity in this regard.

Quader, also Awami League (AL) General Secretary, urged all drivers to abide by the laws while plying vehicles on roads.