Canada, Netherlands intend to assist Gambia in ICJ against Myanmar 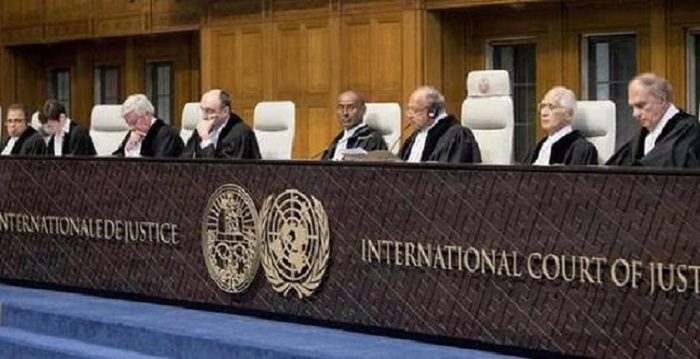 Canada and the Netherlands have expressed their intention to jointly assist Gambia at the International Court of Justice (ICJ) as the top global court is set to start hearing from Tuesday on Rohingya genocide drawing Myanmar to dock.

The ICJ in The Hague of the Netherlands will hold the three-day hearing with the Gambia being the complainant on behalf of the Organisation of Islamic Cooperation (OIC).

In a join Joint statement, Canada and the Netherlands on Monday said they will explore all options to support and assist the Gambia in order to uphold international accountability and prevent impunity.

It said Canada and the Netherlands welcome the Gambia’s application before the ICJ against Myanmar on the alleged violation of the Convention on the Prevention and Punishment of the Crime of Genocide (Genocide Convention).

“We call upon all State Parties to the Genocide Convention to support Gambia in its efforts to address these violations,” both the countries made the urge through the statement.

In 2017, it said the world witnessed an exodus of more than 700,000 Rohingya from Rakhine State who sought refuge from targeted violence, mass murder, and sexual and gender-based violence by Myanmar security forces, the very people who should have protected them.

Mentioning that for decades the Rohingyas have suffered systemic discrimination and exclusion, marred by waves of abhorrent violence, it said these include crimes that constitute acts described in Article II of the Genocide Convention.

The statement referred to these facts have been corroborated by several investigations, including those conducted by the UN Independent International Fact-Finding Mission on Myanmar and human rights organizations.

“In light of this evidence, Canada and the Kingdom of the Netherlands strongly believe this is a matter that is rightfully brought to the ICJ, so that it can provide judgment on whether acts of genocide have been committed,” said the statement.

Myanmar leader Aung San Suu Kyi, who once drew global supports for her fight against injustice in Myanmar and won the Nobel Peace Prize, arrived in the Netherlands on Sunday, to defend her country’s record during three days of hearings.

She would head a team of counsels on Naypyidaw’s behalf while Gambia’s Attorney General and Justice Minister Abubacarr Marie Tambadou would lead a panel of lawyers on the other hand.

The West African state said it was acting on behalf of the 57-nation OIC in bringing the case against Myanmar before the ICJ.

The Gambian and the Myanmar sides would present their second round of oral observations respectively in the morning and in the afternoon on Thursday.

A Bangladesh delegation, led by Foreign Secretary M Shahidul Haque, including representatives from civil society left here for The Hague as observers to witness the hearing from the sidelines.

A foreign ministry official preferring anonymity told BSS that Bangladesh delegation would watch and listen to the hearing but make no statement.

Bangladesh and Gambia are both OIC member states while all the three countries including Myanmar are signatories to the 1948 Genocide Convention.

The convention prohibits states from committing genocide and simultaneously compels all signatory states to prevent and punish the crime of genocide.