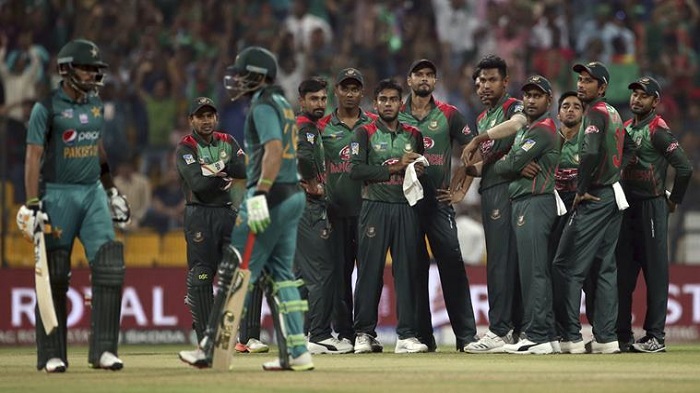 The Bangladesh Cricket Board (BCB) will approach its Pakistani counterparts for a split series, accroding to a report of Cricbuzz.

Bangladesh, scheduled to tour Pakistan, are willing to play only the T20I series in the country and will request for the Test series to be staged at a neutral venue.

The PCB has already sent a draft itinerary of the two Tests and three T20Is scheduled to be held in January-February next year.

BCB sent the national women's team and the Bangladesh under-16 team to tour Pakistan earlier this year after a delegation from the Bangladesh government recently visited the country for a security assessment and gave the green signal.

The board is waiting for the same delegation to hand over a report ahead of the men's national team's tour, based on which the final call will be taken.

BCB sources indicated that the players will be mentally exhausted to play the longer format of the game for a prolonged period under high security because of which there will be a proposal to play the Tests at a neutral venue. Sri Lanka's Test tour will have no bearing on BCB's final decision, according to Akram Khan.

"The government NOC is more important for us than Sri Lanka," Akram pointed out. Because only then (after getting the NOC) we can think of the tour. We are waiting for a suggestion from the government. We will naturally sit with the players and take their opinion as well."