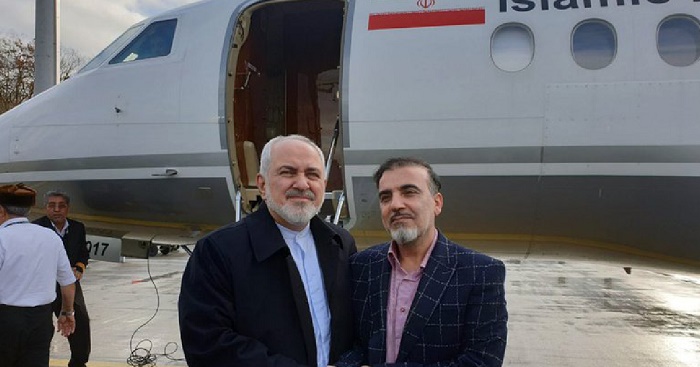 Iran and the U.S. conducted a prisoner exchange Saturday that saw a detained Princeton graduate student released for an Iranian scientist held by America, marking a potential breakthrough between Tehran and Washington after months of tensions.

"Glad that Professor Massoud Soleimani and Mr. Xiyue Wang will be joining their families shortly," Zarif wrote. "Many thanks to all engaged, particularly the Swiss government."

In his tweet, Zarif confirmed rumors that had been circulating for days that a deal was in the works to free Wang.

President Donald Trump separately acknowledged Wang was free in a statement from the White House, saying he "is returning to the United States."

"Mr. Wang had been held under the pretense of espionage since August 2016," Trump said. "We thank our Swiss partners for their assistance in negotiating Mr. Wang's release with Iran."