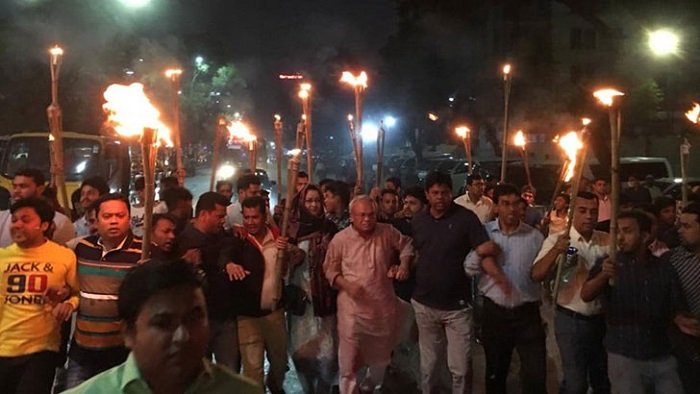 After the procession Rizvi said, in a brief speech, the level of torture has been increased after sending Khaleda to jail in a false case. The current government is not only depriving her from legal right to bail but also not providing her (Khaleda), elderly woman now seriously ill, required medical facilities.

Rizvi added that if the government wants to avoid public outcry, Khaleda should immediately be released from jail unconditionally.

Otherwise, the current dictatorial regime will not be able to escape the brutality of the people, Rizvi said.