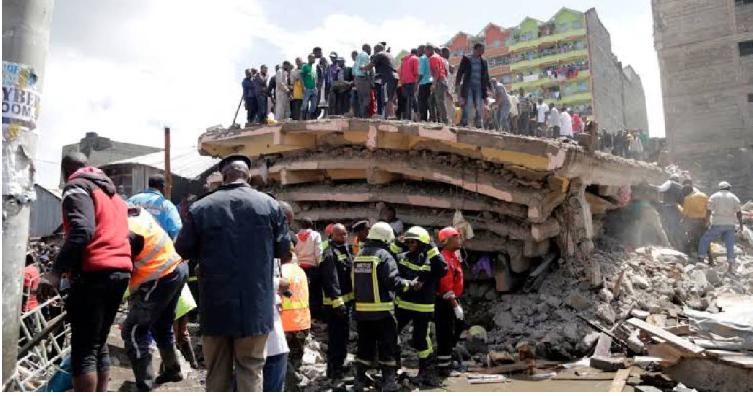 A six-story building collapsed in Kenya's capital on Friday, officials said, with people feared to be trapped in the debris.

Nairobi county police chief Philip Ndolo said at least 10 people had been rescued by residents of Tassia estate using their bare hands. Military personnel arrived to assist with the search and rescue operation.

Hundreds of people gathered to watch from nearby buildings as emergency responders prodded at the pancaked structure.

Building collapses are common in Nairobi, where housing is in high demand and unscrupulous developers often bypass regulations.

After eight buildings collapsed and killed 15 people in Kenya in 2015, President Uhuru Kenyatta ordered an audit of all the country's buildings to see if they were up to code. The National Construction Authority found that 58% of buildings in Nairobi were unfit for habitation.