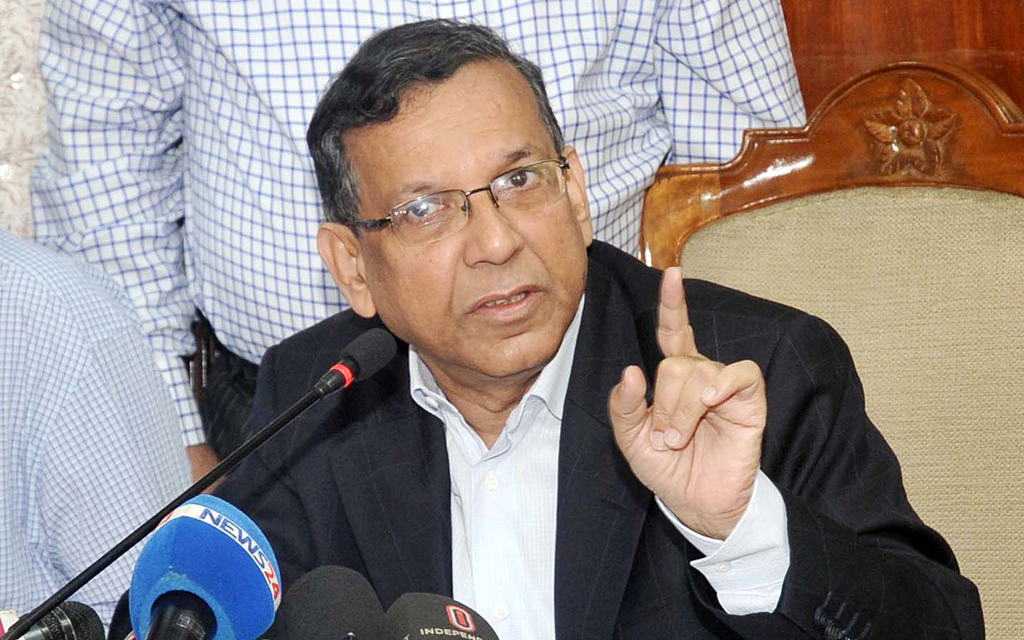 Law, Justice and Parliamentary Affairs Minister Anisul Huq said the government will take legal action against those who created chaos in the courtroom during the hearing of Khaleda Zia’s bail appeal in Zia Charitable Trust graft case on Thursday.

Anisul Huq said it appears from BNP lawyers’ Thursday’s unprecedented chaos inside courtroom at Appellate Division that the party does not have any respect for rule of law.

The minister further said the government would not let anyone to insult any state institution and would bound to take action against those who would commit such unruly acts.

“I strongly condemn the contemptuous behavior inside courtroom by BNP lawyers and some of their supporters those came from outside and attempt to create anarchy during hearing on Khaleda Zia’s bail plea at the Appellate Division of the Supreme Court,” the law minister said at a press briefing on Thursday afternoon at his Gulshan residence.

Anisul said it was also seen in past that whenever any court order, judgement goes against them, BNP lawyers and their outsider supporters try to create chaotic situation in court.

Earlier in the morning, the Appellate Division of the Supreme Court (SC) adjourned till December 12 the hearing on bail plea filed by BNP chairperson Begum Khaleda Zia in Zia Charitable Trust graft case. The apex court passed the allowing a time plea of the state.

“It appears from such activities that BNP does not have any respect for rule of law, they do not have any loyalty towards supreme constitutional institutions of the country and no state institution is safe from them,” he added.