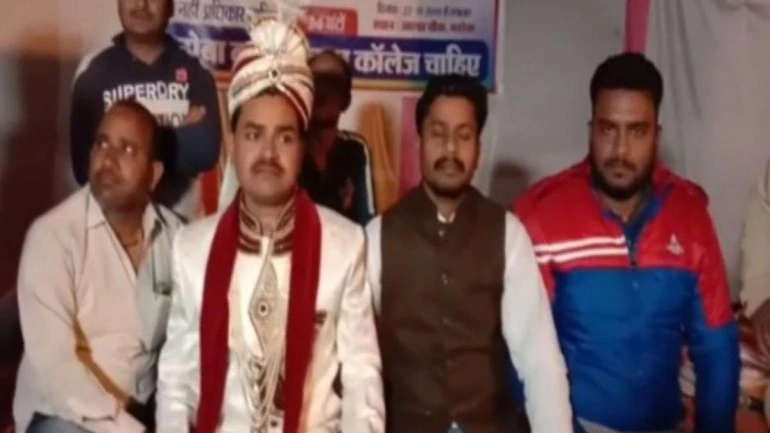 In an unusual incident, a groom who was on his way to the bride's house, stopped his marriage procession briefly to join a group that was on a hunger strike.

The incident took place on Sunday night in Mahoba district of Uttar Pradesh in India.

According to reports, a group of people have been on an indefinite strike for the past 10 days demanding the setting up of a medical college in the Mahoba district.

"We have been on an indefinite hunger strike for the past 10 days now. Our demand is that a medical college should be constructed here. A groom was heading out for his wedding and when he saw us and after inquiring about our demands, he joined us for about half an hour," said one of the protestors.

The groom later proceeded towards his wedding and marriage was happily solemnised.