Hundreds rally in Myanmar to show support for Suu Kyi 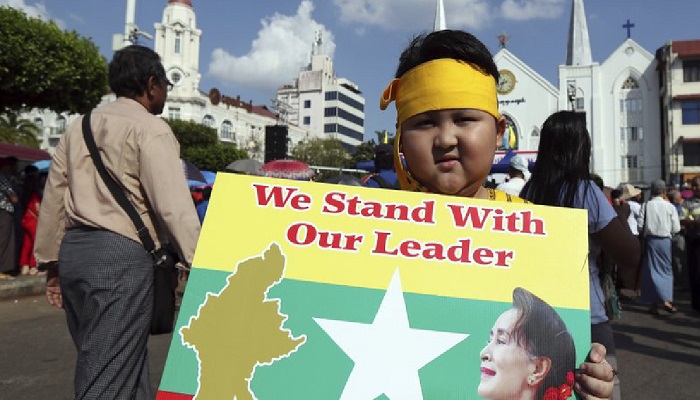 About 700 people have rallied to show support for Myanmar's leader, Aung San Suu Kyi, as she prepares to defend the country against charges of genocide at the U.N.'s highest court.

Members of Suu Kyi's National League for Democracy party swelled the ranks Sunday in front of the colonial-era City Hall in Yangon, Myanmar's largest city, as the crowd waved national flags and listened to music and poetry.

The case before the International Court of Justice in The Hague relates to a harsh counterinsurgency campaign waged by Myanmar's military against members of the country's Muslim Rohingya community in August 2017 in response to an insurgent attack.

Hearings are due to start on Dec. 10. The case is expected to last several years.