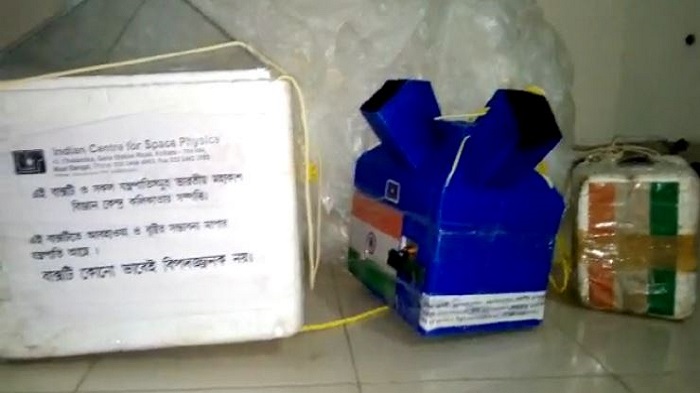 An Indian weather balloon fell down in Hauli village of bordering Damurhuda upazila in Chuadanga on Sunday evening, triggering panic among locals.

Sukumar Biswas, officer-in-charge (OC) of Damurhuda Police Station, said they rushed to the spot around 7:00pm after locals had contacted them and recovered a box containing a solar box, a battery and a camera.

The tool was for reading weather and the possibility of rain, the OC said, adding that it was not dangerous.

The box had Indian flag on it.

Jahidul Islam, Superintendent of Police, said they contacted the number on the box and confirmed that it is a weather tool invented by Prof Sanjib Chakrabarty of a university in India’s Krishnanagar.

The tool flied into Bangladesh territory and fell down while they were testing it, the SP added.

Deputy Commissioner Nazrul Islam told media that they have informed the Foreign Ministry about it and steps will be taken according to the directives.