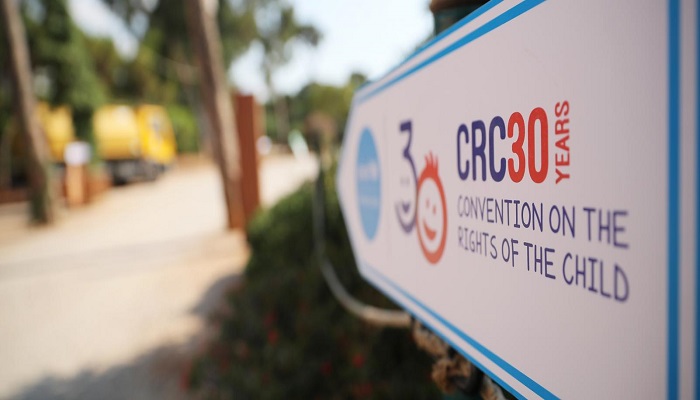 UNICEF has celebrated 30 years of adoption of the UN Convention on Rights of the Child (CRC) that played a vital role to improve the livelihood of children around the world.

To mark the day, UNICEF organised nine dialogues titled “[email protected] Forum” at the divisional levels to facilitate young people from 300 electoral constituencies to discuss their views on the status of their own rights and the policies.

The [email protected] Forum, Dhaka was held today at a city hotel where Deputy Speaker of the Jatiya Sangsad Fazle Rabbi Miah was present as the chief guest.

The children presented different solutions to ensure their rights in health, nutrition, education and protection from violence, exploitation and abuse.

Around 4.3 million children aged 6 to 15 years are still out of school. The birth of 44pc of children under-five years of age are reported not to be registered with a civil authority.

More than 4.4 million children under five years of age suffer from stunting. Nine out of every 10 children experience physical punishment or physiological aggression by caregivers. Over half of all the marriages take place too early before 18 years of age. More than one million youths are unemployed. Further, the lives of over 19 million children are threatened by climate change.

However, the records of Bangladesh in the last three decades amply demonstrate that these remaining and emerging challenges can also be successfully addressed as far as there continues to be political will and determination to do so in the country.