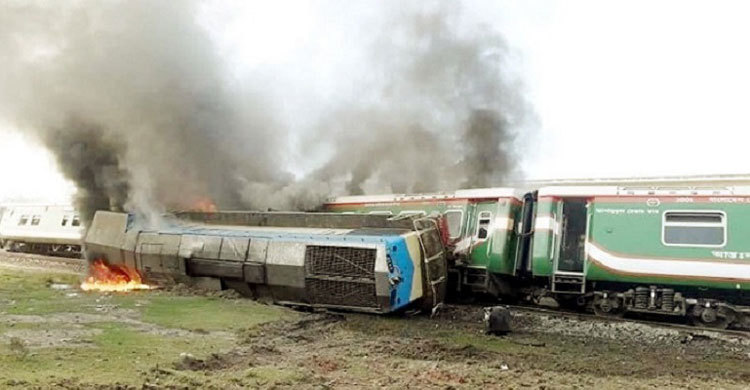 A probe body, formed by the local administration following a train accident in Ullapara upazila on November 14, said the accident took place due fault in loop line.

Faruk Ahmed, deputy commissioner of the district submitted the 29-page probe report with five recommendations to the authorities concerned on Thursday night.

In the report, the probe body identified fault  in loop line as the main cause behind the accident, said Faruk Ahmed.

Four probe bodies—three by Railways Division and one by local administration-- were formed to investigate the incident.