Most Asian markets on the rise as trade optimism returns 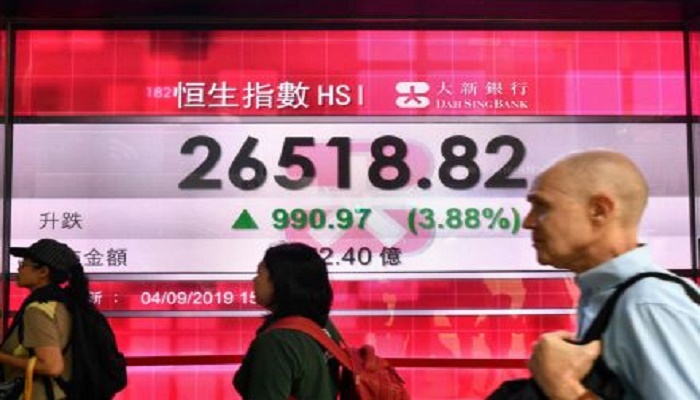 Asian markets rose Friday as a sense of optimism returned to trading floors after a report said China’s point man on the US tariffs talks had offered to host a meeting to help push through their crucial mini pact, reports AFP.

However, investors were nervous that the deal could collapse at any minute after US lawmakers passed a bill supporting Hong Kong rights, causing anger in Beijing.

Expectations that the economic superpowers would be able to sign off on the agreement soon has helped fan a rally across world markets for weeks, though a lack of detail or signs of progress of late is becoming unsettling for many.

Hopes were given a lift Thursday after the Wall Street Journal said top negotiator Vice Premier Liu He had invited his US counterparts for further discussions to haul the deal over the line.

That came a day after He had expressed confidence they would eventually reach a breakthrough.

Adding to the positivity was a report in the South China Morning Post that said Washington would probably delay imposing fresh tariffs planned for next month even if they have not reached a deal by then.

The rolling back of levies is a key demand of China’s in the talks.