6 robbers held with arms in city 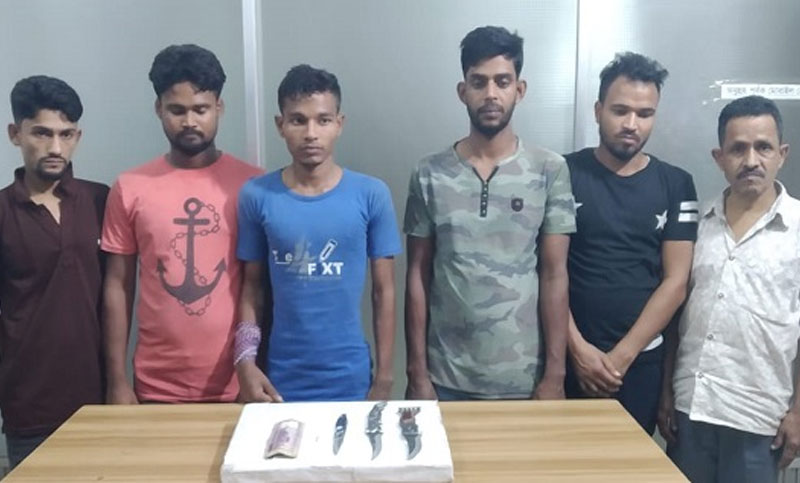 Rapid Action Battalion (RAB) arrested six members of a robber gang along with local arms in a raid from Dimpatti area of Wari in the capital on Tuesday night.

Confirming the news, ABM Faijul Islam, additional superintendent of police in RAB-3, said on secrete information, that a gang of robber was taking preparation to commit robbery on the 3rd floor of the Nazrul chairman's building at the area, a team of elite force conducted the drive there at 8:00 pm and arrested them.

ABM Faijul also said that the legal action had been taken against them in this connection.