Ronaldo speaks out on physical condition after early substitutions 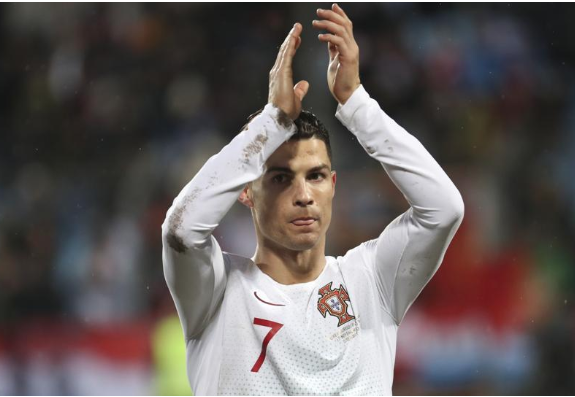 Cristiano Ronaldo was quite visibly upset when he was twice substituted early by Juventus manager Maurizio Sarri during their Serie A matches and the Portuguese superstar said on Sunday that although he has not been ‘100 percent’ for quite some time now, he is willing to sacrifice himself for his country. “I wasn’t 100 percent and I’m still not,” he said after the match. “In the last three weeks, I have played at a slightly reduced capacity. But when it comes to sacrificing myself for my club and my national team, I do it with pride.”

The 34-year-old scored his 99th international goal on Sunday as reigning champions Portugal qualified for Euro 2020 with a hardfought 2-0 win in Luxembourg. Ronaldo played for 90 minutes and he was able to score late in the encounter when he tapped in for a brilliant pass from Diogo Jota.

Earlier, Sarri said that Ronaldo was suffering from a ‘little knee problem’ after he was replaced early during Juventus’ game against AC Milan. Ronaldo reportedly left the Allian Arena Stadium three minutes before the final whistle, Sky Italia reported. It was the second match in a week that the Portuguese forward was substituted, and it seems he let his frustration known to the team over the same. The five-time Ballon d’Or winner Ronaldo looked glum as he came off and directed some words at coach Maurizio Sarri before heading to the changing rooms.

“I do not like to get replaced, nobody does,” added Ronaldo. “I attempted to assist Juve even when injured.”