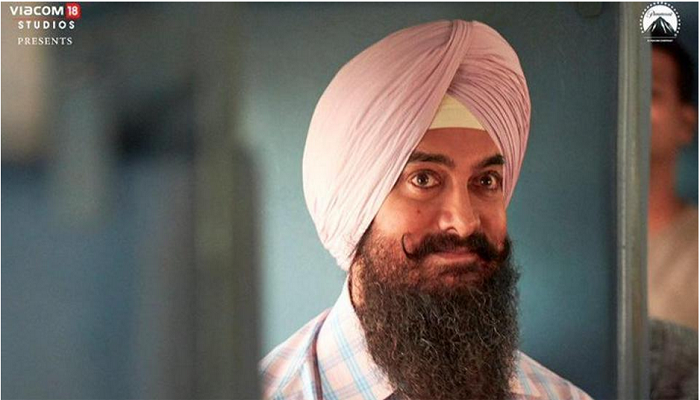 The first look of Aamir Khan’s Laal Singh Chaddha is out and is impressive as the lead character. Aamir himself shared his look on Twitter while introducing himself, saying, “Sat Sri Akaal ji, myself Laal...Laal Singh Chaddha.”

The actor looks simple and sober in a pink and grey check shirt and grey trousers with a matching pagdi. He also sports a long beard.

Aamir and Kareena began shooting for the film on November 1 in Punjab and will be filming across cities like Amritsar, Ludhiana and Jalandhar, besides nearby towns and villages.

The characters essayed by Aamir and Kareena will reportedly be seen in various looks to denote the passage of time over three decades and also depict them in various professions.

Laal Singh Chaddha is an adaptation of Forrest Gump, Robert Zemeckis’ multiple Oscar-winning film which was released in 1994 and starred Tom Hanks with Robin Wright. The actor will co-produce the Hindi adaptation along with Viacom18 Motion Pictures.

Aamir had unveiled the logo of the film a few days ago. The short clip has music composer Pritam’s soundtrack and shows a feather flying in the sky. He captioned the video: “Kya pata hum mein hai kahani, ya hai kahaani mein hum…”

Reportedly, Aamir has lost 20 kilos to play the younger version of his title role of Laal Singh Chaddha. Directed by Advait Chandan of Secret Superstar” fame, and written by Atul Kulkarni, the film will release on Christmas 2020.

The film is also rumoured to bring the three Khans -- Aamir, Shah Rukh and Salman -- together on the big screen for the first time. In the Hollywood film, there is a scene where Hanks’ character is sitting on a bench. It seems Aamir wants Shah Rukh and Salman for the scene. “He is very keen to have a special appearance from the two. While Shah Rukh has agreed, Salman is yet to give his consent,” a source told BollywoodLife.