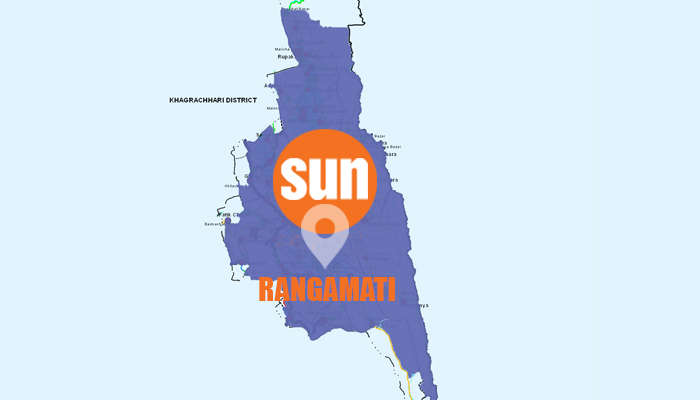 A college girl was killed and four others were injured as a goods-laden truck hit a CNG run auto-rickshaw at Champatoli area of Ghagra union under Kaukhali upazila in Rangamati on Sunday morning.

The deceased was identified as AC Acing Marma, 22, was a student of honors 2nd year of Economics Department in Ragamati Government College, hailing from Kalampati area of Perachera village of the upazila.

The injured are identified as Shilmani Chakma, 26, Md Dulal, 60, Akhtari Begum, 52 and Md Tanvir, 2. The injured, except Dulal, are undergoing treatment at Ragamati General Hospital.

Dulal was sent to Chattogram Medical College and Hospital (CMCH) in critical condition for better treatment.

According to police sources that the goods-laden truck hit Ragamat-bound CNG-run auto-rickshaw carrying them at the area around 10:00 am, leaving five passenger of the CNG injured.

Later, locals took the injured to the hospital but AC Aching Marma died while undergoing treatment there.

Md Haru-or-Rashid, officer-in-charge (OC) of Kaukhali Police Station, confirmed the accident, adding a process is underway to file a case in this connection.