World of next five-year would be unimaginable: Jabbar 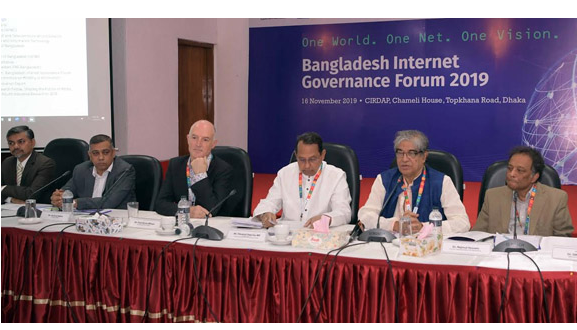 Posts and Telecommunications Minister Mustafa Jabbar said the world of next five years would be unimaginable due to internet as it is a new opportunity for human civilization.

“Internet would incorporate IoT, big data, AI and quantum computing that might change the world in next five years,” said the minister while addressing the 14th Bangladesh Internet Governance Forum (BIGF)-2019 as chief guest in city’s CIRDAP Auditorium.

But, everyone has to be aware during the use of internet and grab its vast opportunities, he said and necessitated the mass awareness on internet safety.

Mustafa Jabbar said there is no scope to keep the internet aside in the fourth industrial revolution. “We don’t want internet civilization emerge as awful to us rather we have to utilize the positive aspects of internet.”

The minister also said Bangladesh witnessed a big boost in internet expansion under the dynamic and foresight leadership of Prime Minister Sheikh Hasina.

He also laid emphasis on the necessity to incorporate internet in the Constitution as the basic right of people.