Assembly polls will be held in J-K soon 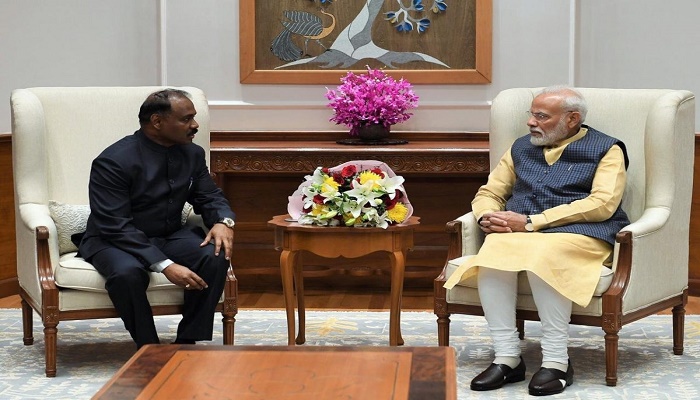 As the union territory of Jammu and Kashmir continues to be in the unprecedented lockdown, Lieutenant Governor Girish Chandra Murmu on Thursday said the Assembly polls will begin soon in the region, reports The Statesman.

Mr Murmu said this while speaking at the Attestation-cum-Passing out Parade of the 14th batch of Constables, held in the Talwara area of Jammu and Kashmir’s Reasi district.

The statement by Murmu, who took over as the first Lt Governor of the Union territory of Jammu and Kashmir on October 31, might come as a relief to local political parties whose majority of leaders have been detained under house arrest.

Last month, under an unprecedented communication lockdown in the Valley the maiden Block Development Council (BDC) election took place in Jammu and Kashmir, with Congress, Jammu and Kashmir National Conference (NC) and Jammu and Kashmir Peoples Democratic Party (PDP) boycotting the first electoral exercise after the abrogation of Article 370.

BJP was the only mainstream party contesting the elections and  won just 81 out of 280 blocks in the state. The polls to elect chairpersons of BDCs were held in 307 blocks in the state and 1,092 candidates were in the fray, of whom 27 were elected unopposed.