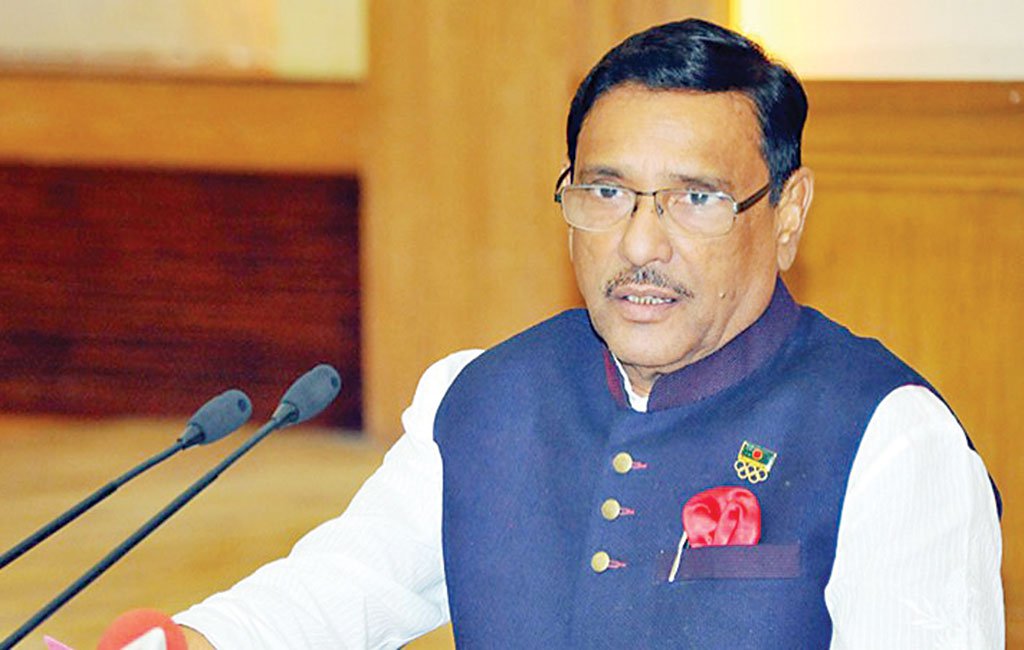 Awami League General Secretary and Road Transport and Bridges Minister Obaidul Quader said on Thursday BNP has turned into a failed political party as it could not wage any movement to get Begum Khaleda Zia released from jail.

“BNP is now a failed political party. The party’s secretary general Mirza Fakhrul Islam Alamgir is also a failed politician as BNP could not wage any movement to free its chairperson Begum Khaleda Zia from jail,” he said.

BNP is now doing the politics of rhetoric as it can do nothing except making remarks and statements, Quader told reporters while visiting the council venue of Awami Swechchhasebak League at the historic Suhrawardy Udyan, where a makeshift stage is being erected.

The AL general secretary said the colorful boat-shaped stage is being built to hold the councils of Swechchhasebak League, Jubo League and Awami League. Boat is the election symbol of AL.

Replying to a question, Quader said councilors of respective organizations will decide on the leadership of Swechchhasebak League and Jubo League.

Besides, Awami League President and Prime Minister Sheikh Hasina knows who should be given the responsibility of running the organizations, he added.