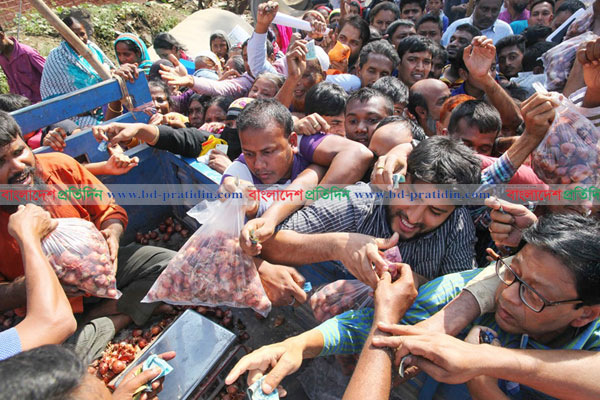 The presence of huge numbers of people in the queues for onion sold from open market sale (OMS) points in the capital is going larger day by day.

During visit to different OMS outlets in the capital, hundreds of people were seen scrambling for buying onion at reduced rates.

People across the city started gathering in front of National Press Club in the morning.

Within half an hour, the place swarmed with hundreds of people, with some of them carrying bags to buy onions at Tk 45 that is Tk 150 less than the retail price the market.

The crowd swelled as time passed and queues of willing buyers stretched for around a kilometre from sales booths.

Some people were lucky to have bought onions while some had to return home empty handed as the stock of the key food staple was over.