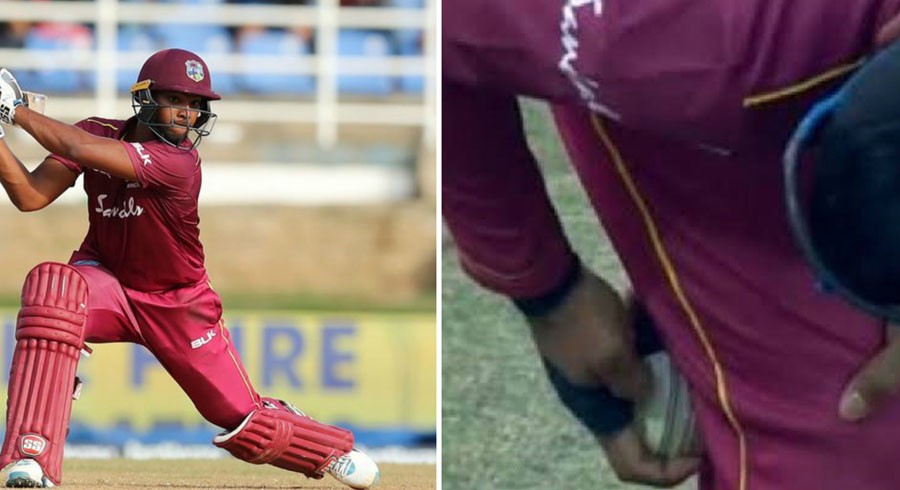 West Indies batsman Nicholas Pooran has been banned for four T20 internationals for tampering with the ball in a one-day match against Afghanistan, cricket’s world body announced Wednesday.

Pooran admitted to “changing the condition of the ball” after video footage showed him scratching the surface of the white ball with his thumbnail in Lucknow on Monday.

“He will now miss the next four T20I games for the West Indies and will have five demerit points added to his record,” said an International Cricket Council statement.

Pooran said that he wanted to “issue a sincere apology to my teammates, supporters and the Afghanistan team for what transpired on the field of play on Monday in Lucknow”.

“I recognise that I made an extreme error in judgement and I fully accept the ICC penalty,” he added.

“I want to assure everyone that this is an isolated incident and it will not be repeated. I promise to learn from this and come back stronger and wiser.”

The 24-year-old will be forced to sit out the team’s three T20 matches against Afghanistan and the first game of their subsequent three-match series against India.

Pooran, who made 21 in a successful West Indies chase of 250 that led to a sweep of the three-match ODI series, is a left-handed wicketkeeper batsman.

He was the man of the match in the second ODI for smashing 67 off 50 balls.

Born in Trinidad, Pooran has played 16 ODI matches since his 50-over debut earlier this year. He has represented West Indies in 14 T20 games.