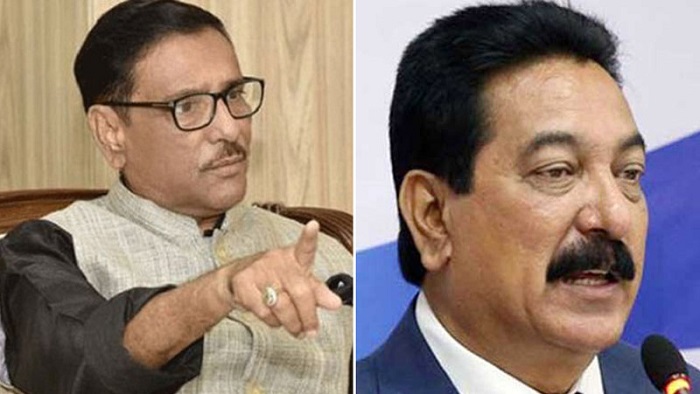 “People will not forgive those, who make derogatory remarks about Prime Minister Sheikh Hasina and Shaheed Noor Hossain. Saying sorry won't help once you (Ranga) make any adverse comment as a slip of the tongue,” he said.

Quader, also the road transport and bridges minister, said, “Someone is making derogatory remarks about Sheikh Hasina and Noor Hossain. It hurts political feelings of people and destabilise political environment. Such comments will not be tolerated any longer.”

Meanwhile, on the same day, Ranga apologised to the people of the country for his controversial remarks about Noor Hossain.

Earlier on Sunday, Ranga claimed that Shaheed (Martyr) Noor Hossain was addicted to drugs like Yaba pills and Phensedyl.

The controversial comment of the JP leader triggered mass criticism in the political arena of the country and social media platforms, including Facebook.