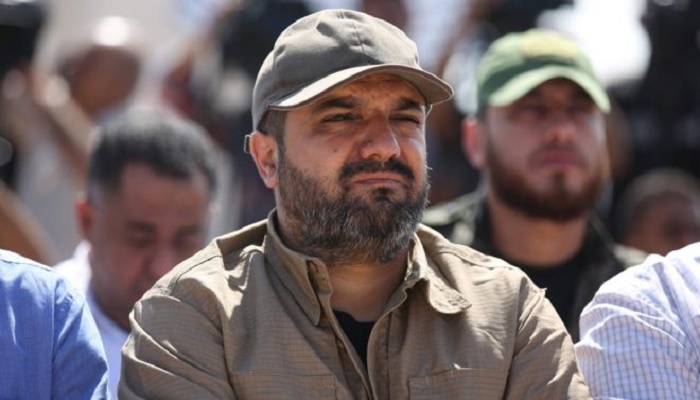 Israel has killed one of the most senior commanders of a militant group in the Gaza Strip in an air strike.

Baha Abu al-Ata, a leader of Palestinian Islamic Jihad (PIJ), was killed along with his wife when a missile hit their home, the group said.

Rocket barrages were fired at southern Israel from Gaza in the wake of the killing, which PIJ has vowed to avenge.

There were no immediate reports of injuries from the Israeli authorities.

PIJ, which is backed by Iran, is the second largest militant group in Gaza and has carried out many rocket attacks on Israel.

Around the same time as the attack on Abu la-Ata, two people were killed and 10 injured in an Israeli air strike on the home of another PIJ leader in the Syrian capital, Damascus, Syria's state news agency Sana said.

The Palestinian militant group Hamas, which runs the Gaza Strip and is considered a rival of the PIJ, condemned Abu al-Ata's killing, vowing it "will not pass without punishment".