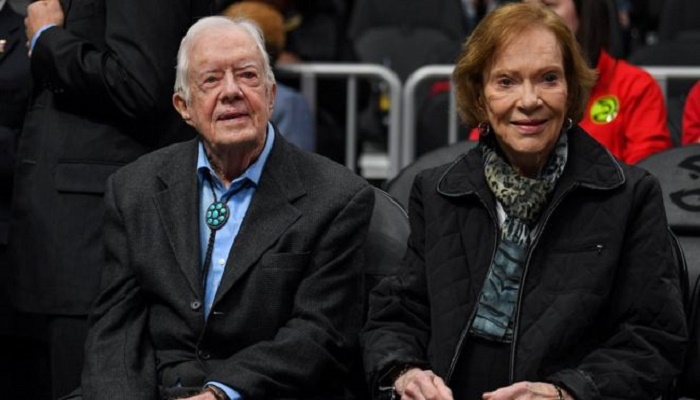 Former US President Jimmy Carter, 95, has been admitted to hospital in Atlanta for a procedure to relieve brain pressure.

The pressure comes from bleeding caused by recent falls, the Carter Center said in a statement, reports BBC.

The procedure is scheduled to take place at the Emory University Hospital on Tuesday morning local time.

"President Carter is resting comfortably, and his wife, Rosalynn, is with him," the statement said.

The Democrat was the 39th president, serving one term from 1977 to 1981. He was defeated in his re-election bid by Ronald Reagan.

Since leaving the White House, he has remained active, carrying out humanitarian work with his Carter Center in recent years.

In 2002, he received the Nobel Peace Prize for his humanitarian work.

In May, Mr Carter underwent surgery for a broken hip after falling at his home in Georgia.

After a separate fall at his home, he made a public appearance at a charity event in October with a black eye.