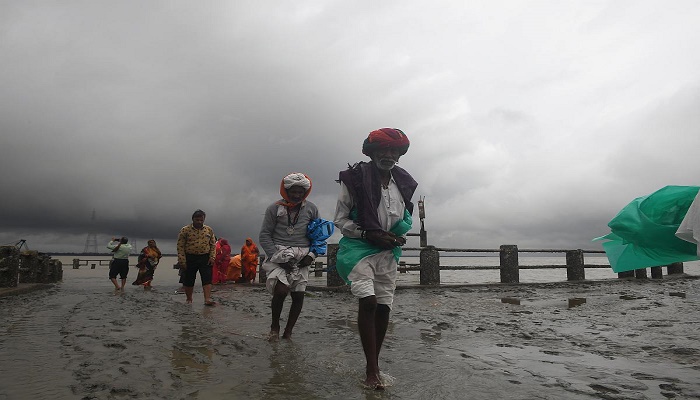 The cyclonic storm Bulbul, now lays centered 75 km east-northeast of Sundarban National Park in West Bengal, the India Meteorological Department (IMD) said as the efforts to mitigate the effects of the natural disaster by the Bengal government proved effective according to the state governor, reports The Statesman.

Heavy rains lashed coastal West Bengal throughout Saturday, uprooting trees. Gale wind with gusts up to 135kmph prevailed off the coastal and adjoining districts of West and East Midnapore, South and North 24 Parganas as the storm made landfall around midnight.

Two lives have been lost, one each in West Bengal and Odisha, due to heavy rain triggered by the very severe cyclonic storm.

At least 75 passengers of a cruise ship in the Bay of Bengal were rescued by the West Bengal police while Severe Cyclone Bulbul raged on Saturday, state Chief Minister Mamata Banerjee said.

“The 24 Parganas South police superintendent led the rescue,” Banerjee said at the special control room in the state secretariat Nabanna.