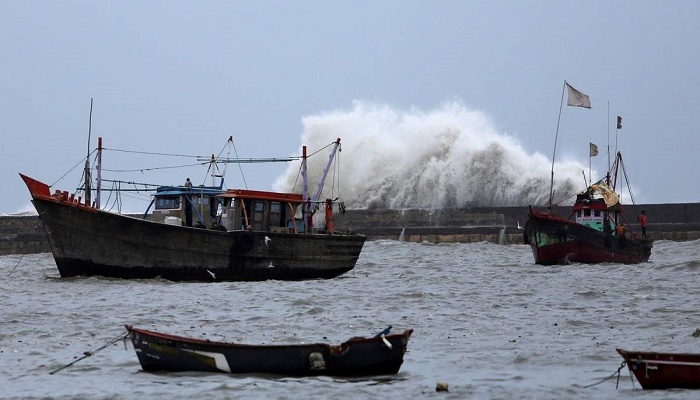 Due to rapid weakening, the severe cyclonic storm Maha — centred over the eastcentral and adjoining northeast Arabian Sea which was predicted to hit Gujarat coast near Diu till Tuesday, is now very likely to skirt Saurashtra coast and lie as a deep depression about 40 kilometers south of Diu around noon of November 7, reports The Indian Express.

“The cyclone will weaken into a cyclonic storm by today and skirt Gujarat coast. Following which, it will continue to move eastnortheastwards and further weaken into a depression by Thursday evening,” said IMD regional additional director Manorama Mohanty.

Thereafter it is likely to move east-northeastwards, weaken further into a deep depression by early morning of tomorrow, the 7th November over northeast and adjoining eastcentral Arabian Sea. It is very likely to skirt Saurashtra coast,” the IMD bulletin stated.

On Tuesday, coastal districts of Junagadh, Gir Somnath, Amreli, Bhavnagar, Surat, Bharuch, Anand, Ahmedabad, Botad, Porbandar and Union Territories of Daman and Diu were put on alert owing to damages expected due to the cyclone.

Though no major damages are expected due to weakening of the cyclone, minor damages are still exepcted in some of these coastal districts.