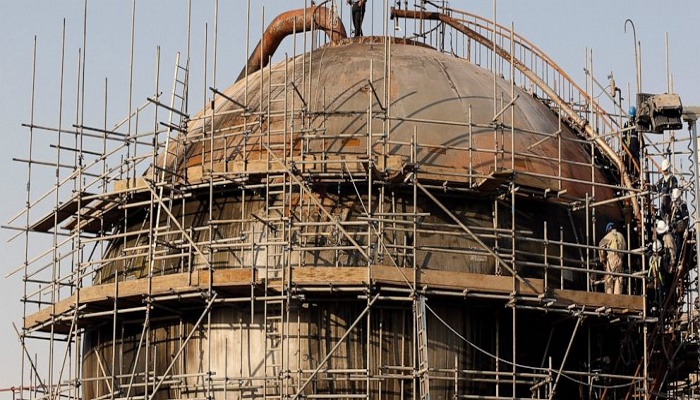 Saudi Arabia formally started its long-anticipated initial public offering (IPO) of its state-run oil giant Saudi Aramco on Sunday, which will see a sliver of the firm offered on a local stock exchange in hopes of raising billions of dollars for the kingdom.

An announcement from the kingdom's Capital Market Authority announcing its approval for the share sale served as a starting gun for an IPO promised by Crown Prince Mohammed bin Salman since 2016, reports AP.

The firm's shares will be traded on Riyadh's Tadawul stock exchange, said Amin H. Nasser, the president and CEO of Aramco, in an online video. Plans call for the firm to put other shares on a foreign exchange in the future. Prince Mohammed hopes for a very-optimistic $2 trillion valuation for Aramco, which produces 10 million barrels of crude oil a day and provides some 10% of global demand. That would raise the $100 billion he needs for his ambitious redevelopment plans for a Saudi Arabia hoping for new jobs, as unemployment stands at over 10%.

The announcement by the Capital Market Authority offered no timeline for the IPO, nor did documents later released by Aramco.