You can now spend night at Harry Potter's childhood home 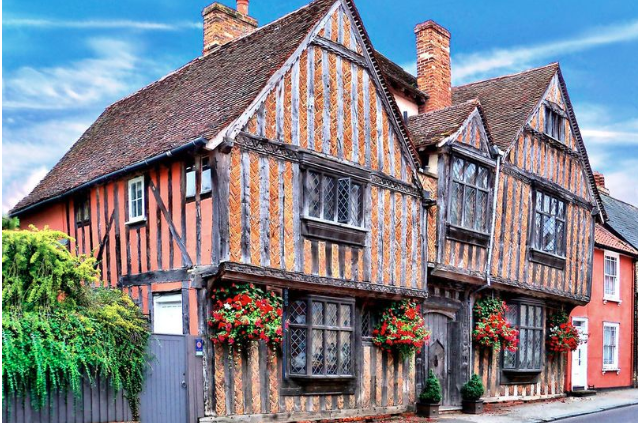 For some it's a lot of money, to others it's not, but for fans of J.K. Rowling's magical series, it's the price to pay to spend a night in Godric's Hollow.

Or, at least as close to the fictional village as they can possibly get.

Potterheads can now book a stay at The De Vere House in Lavenham, Suffolk, which is the property that featured in The Deathly Hallows movies as Harry's childhood home.

Yes, it's the famous place where Harry's parents were tragically murdered by Voldemort on October 31, 1981 and he was given that iconic lightening bolt scar.

Jane and Tony Ranzetta, the owners of the Grade 1 listed property, have transformed part of the home into a five star bed and breakfast, which can be booked on Airbnb.

Tony explains: "J.K. Rowling was well acquainted with the village and we know her friend stayed here whilst she was in the process of writing the books, it was surely in her mind when she created Godric's Hollow.

"The house is often referred to as 'The Harry Potter  House' by locals and in the media, and a huge picture of our front door can be seen at the Warner Bros' exhibition on the making of Harry Potter."

But if you decide to spend the night, you should know, the place is almost as haunted as Hogwarts.

"The whole story is quite peculiar really," continues Tony. "Just after we first moved into the house, Jane saw a uniquely dressed man walk through the kitchen wall and into the garden beyond.

"She was obviously taken aback but understands that a house with this much history must surely hold echoes of the past.

"It was at a later date when we were in the National Portrait Gallery in Monacute House when she suddenly gasped and said, ‘that’s the ghost I saw!’, pointing halfway down a long row of paintings.

"After finding a portrait guide, we found out it was, of course, Sir Francis De Vere. It was the very first time that portrait had been on public display so she couldn’t have seen it before then."

But Francis isn't the only supernatural spirit you'll find here. Tony also claims the house has it's own poltergeist named Becky, who often gets up to mischief stealing wedding rings and switching the TV on and off.

"She's taken keepsakes before now - but she'll usually return them if we ask her nicely.

"She has to be treated like a child. We're quite lucky, usually poltergeists are malign, but Becky doesn't seem to be."