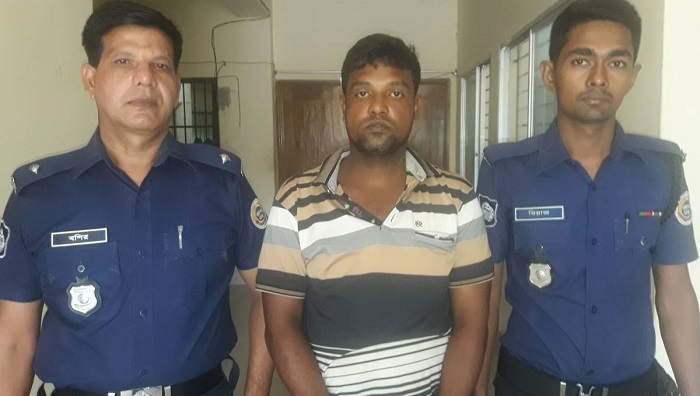 A Bhola court on Thursday awarded 7 days’ remand for the man whose video clip of brutally torturing another man went viral on social media platforms, triggering an outcry.

Judge Farid Alam passed the order after police presented Hassan, a small-time criminal who was initially arrested in relation to a separate case, with a remand prayer of 7 days. Granting the full 7 days raised eyebrows.

Meanwhile, Hasan alleged that he attacked Jashim out of vengeance as 18 years back Jashim had also tormented his father, in the same way, making him nude in the broad daylight while no one came to rescue his father.

In the video, Hasan, a resident of Kalma union, was seen torturing motorbike driver Jashim, of the same union, after disrobing him and tying up his hands and legs in front of his two children and hundreds of people in Daori Bazar of the upazila.

Earlier on October 28, a video clip of 2018 showing a nude man being brutally tortured in front of his two children and hundreds of people in Lalmohon upazila has gone viral on social media after the arrest of the man who had committed the misdeed.

Hasan is wanted in three cases, including that of human trafficking and robbery, filed with different police stations in Chattrogram, while there are five cases against Jashim and in fact he now he is in jail in the case, police said.