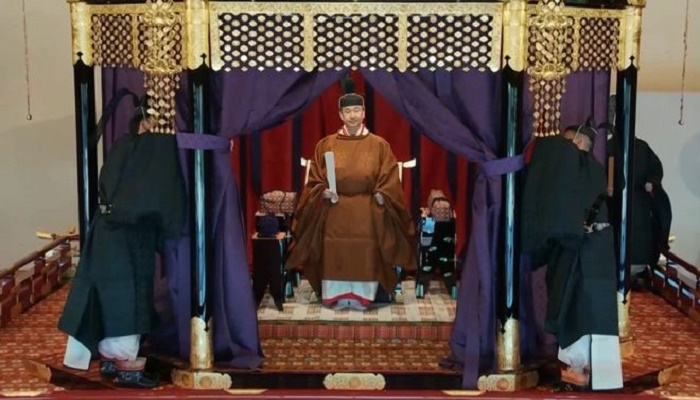 Japan's Emperor Naruhito has formally proclaimed his ascension to the throne in an elaborate ceremony.

The emperor, 59, officially began his reign in May after the abdication of his father, the then-Emperor Akihito, reports BBC.

But his ascension is only now being formalised in a series of traditional rituals.

His ascension comes as Japan reels from the effects of Typhoon Hagibis, which left almost 80 people dead.

The Sokui no Rei - or the Ceremony of Accession - saw Emperor Naruhito inside the 6.5m-high Takamikura throne.

He read out a formal proclamation of his ascension to the throne, dressed in a yellow-orange tone robe worn only by emperors on special occasions.

His wife, Empress Masako, was on an adjacent throne.

Hundreds of foreign dignitaries, including the UK's Prince Charles, are said to be in attendance.