Mehbooba Mufti, under detention, gets to meet brother: Report 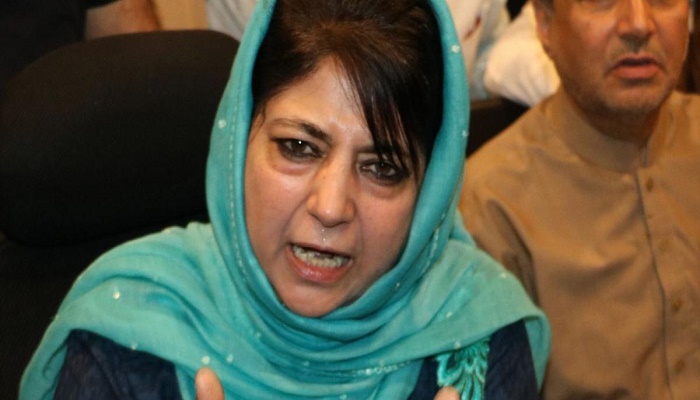 Former Jammu and Kashmir chief minister and PDP president Mehbooba Mufti's brother Tassaduq Hussain Mufti on Friday met her at the government guest house in Srinagar where she has been kept under detention, party sources said, reports PTI.

The meeting lasted for about 20 minutes, they said, without giving any further details.

The former chief minister has been detained at the guest house which has been designated as a sub-jail.

Restrictions have been imposed across the Kashmir Valley since August 5 when the Centre announced its decision to abrogate Article 370 of the Constitution and to bifurcate the state into two Union territories.

The restrictions were lifted in phases from the valley as the situation improved with the passage of time.