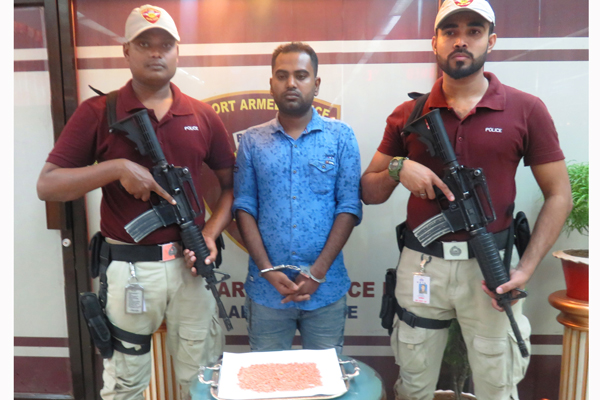 Airport Armed Police Battalion (APBn) has detained a man along with 1,800 Yaba pills at Hazrat Shahjalal International Airport in the capital on Thursday night.

The detainee is identified as Sujon Mia, 28, son of Md Abdul Majid, hailing from Kushalnagar village of Bakshiganj upazila in Jamalpur.

Confirming the news, Alamgir Hossain, Additional Police Superintendent (ASP) of APBn, said acting on a tip off, a team of law enforcers took position at the domestic terminal of the airport and caught suspected Sujon and found 1,800 Yaba pills at his stomach.

A case was filed with Airport Police Station against Sujon in this connection and he was handed over to the police after the incident, the ASP said.