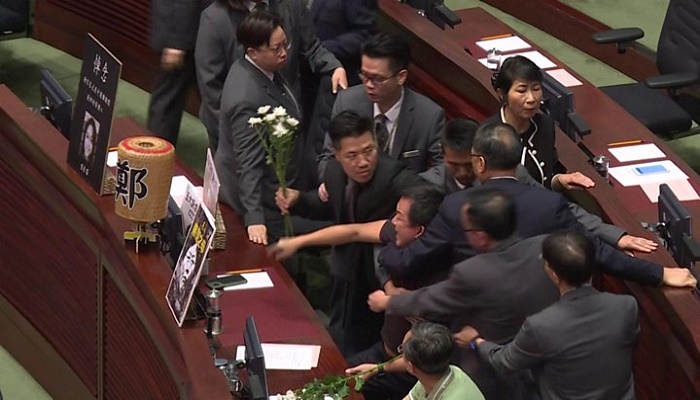 Hong Kong's leader Carrie Lam has been heckled by opposition lawmakers for a second day as she tried to answer questions in parliament.

After shouting and holding up placards, 11 opposition members were removed from the session by security guards, reports BBC.

On Wednesday, Ms Lam was forced to suspend her annual policy address after she was interrupted by opponents.

Hong Kong has seen months of mass protests against the government, sparked by a proposed extradition law.

The opposition forms a small minority in the Legislative Council (Legco) but managed to repeatedly interrupt Ms Lam, forcing the session to be adjourned several times.