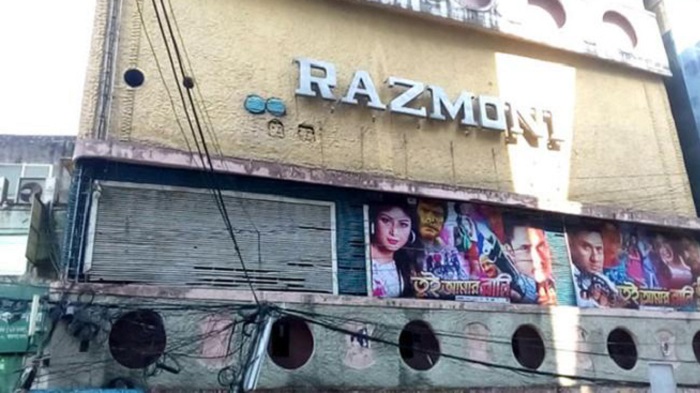 Razmoni cinema hall, a famous celluloid screen of the capital, has been shut down and it will be demolished in next week, according to the hall authorities.

He said, “Cinema industry of the country is currently passing through a crisis period. We are not making profit from the business. It has become difficult for us to run the hall any longer due to continuous slump in business. So, we have taken decision to demolish the hall.”

Meanwhile, all machineries, servers and equipment have already been removed from the hall today.

Shahidullah informed that a multi-storey corporate building will be built after the hall will be demolished.

“We have no plan to build any Cineplex here", he added.

Razmoni cinema hall, one of the oldest cinema halls in the city, was established in 1983. It has witnessed many ups and downs of cinema industry of the country.