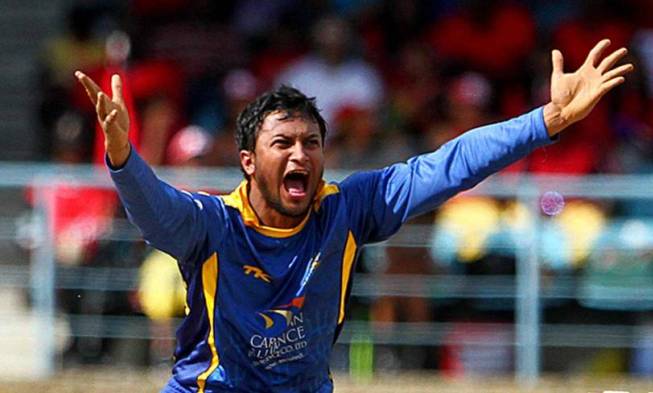 Bangladesh Test and T20I captain Shakib al Hasan did not enjoy the best of days at the office but his CPL T20 side Barbados Tridents defeated the favorites Guyana Amazon Warriors, at Brian Lara Stadium, Trinidad on Sunday.

In an entertaining game of cricket, Barbados Tridents won by 27 runs, registering their second CPL title.

Skipper Jason Holder won the toss and elected to bat first. Hales (28 off 24) and Charles (39 off 22) provided Barbados Tridents a good start. Towards the end, Jonathan Carter played a brilliant knock of 50 off 27 runs, hitting 4 fours and 4 sixes. In their 20 overs, Barbados Tridents posted a score of 171/6.

Shakib Al Hasan came in and breezed to 15 off 15 with a four to get them moving before he was removed in the 15th over.

While bowling, Shakib conceded 18 in the 2 overs he bowled, without managing a wicket.

This was Guyana Amazon Warriors’ first defeat in the tournament. In the league stages, they won all of their ten games.