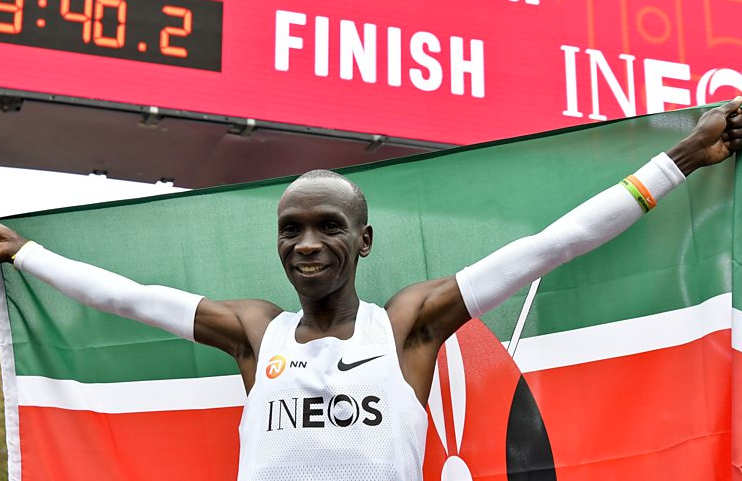 Eliud Kipchoge has become the first athlete to run a marathon in under two hours, beating the mark by 20 seconds.

It will not be recognised as the official marathon world record because it was not in open competition and he used a team of rotating pacemakers.

"Now I've done it, I am expecting more people to do it after me."

The Olympic champion - who holds the official marathon world record of 2:01:39, set in Berlin, Germany in 2018 - missed out by 25 seconds in a previous attempt at the Italian Grand Prix circuit at Monza in 2017.Knowing he was about to make history on the home straight, the pacemakers dropped back to let Kipchoge sprint over the line alone, roared on by a large crowd in the Austrian capital.

The four-time London Marathon winner embraced his wife Grace, grabbed a Kenyan flag and was mobbed by his pacemakers, including many of the world's best middle and long-distance runners.

Kipchoge, who compared the feat to being the first man on the moon in build-up to the event, said he had made history just as Britain's Sir Roger Bannister did in running the first sub four-minute mile in 1954.

"I'm feeling good. After Roger Bannister made history, it took me another 65 years. I've tried but I've done it," said the Kenyan.

"This shows the positivity of sport. I want to make it a clean and interesting sport. Together when we run, we can make it a beautiful world."