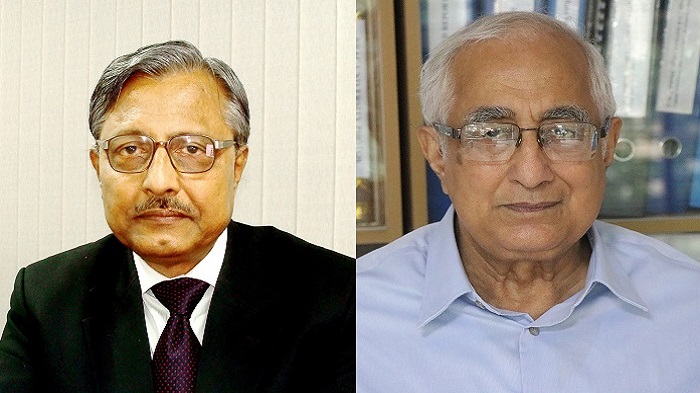 Criticising Professor Jamilur Reza Choudhury for demanding his resignation from the post of BUET Vice-chancellor, Professor Saiful Islam has expressed outrageous reaction about the president of BUET Alumni Association.

The reaction came from the Bangladesh University of Engineering and Technology (BUET) Vice-Chancellor during an interview with Voice of America (VoA) on Thursday.

In a reply to the interviewer’s query regarding the demand of his resignation, supported by Prof Jamilur Reza Choudhury, the BUET VC said, “I won’t resign. I have committed no crime. I have performed my duties well. Where does my failure lie? I have left no stone unturned. We have been able to identify the killers.”

Expressing his anger with Jamilur Reza Choudhury, the Saiful Islam said, “He is a Vice-Chancellor of another university. How has he demanded my removal coming here (On BUET campus) without talking to me and leaving all his works there (in the University of Asia and Pacific). This is not ethical.”

Students of the BUET were continuing their protests for the fifth consecutive day to press their 10-points demands including the demand of justice for slain Abrar Fahad. The demand of resignation of BUET vice-chancellor Prof Saiful Islam is one of the 10-point demands.

Meanwhile, on Wednesday, BUET Alumni Association President and Vice-Chancellor of the University of Asia and Pacific Prof Jamilur Reza Choudhury expressed his solidarity with the protesters.

Jamilur Reza Choudhury also placed a seven-point demands including the removal of BUET VC and banning politics on the BUET campus.